Home » love » What is Valentine Day

What is Valentine Day

All About What is Valentine Day

What Day is Valentine?
Valentine Day, or St Valentine's Day, is celebrated every year on 14 February, by many people throughout the world. As for why Valentine Day is celebrated on February 14, it may be to commemorate the anniversary of Valentine’s death or burial.

Why is it called Valentine's Day?
The day gets its name from a famous saint, but there are several stories of who he was.

The most popular belief about St Valentine is that he was a priest from Rome in the third century AD.

*One legend has it that Valentine was a priest during third century Rome. The Emperor, Claudius II, outlawed marriage for young men, as he believed that single men made better soldiers. Valentine felt this ruling was unjust, so he continued to perform marriage ceremonies for young couples secretly. When the Emperor found out what Valentine was doing, he was put to death.

*Another legend claims that Valentine was in prison, where he fell in love with the jailor’s daughter. He wrote a love letter to the girl before his death, signed it “From your Valentine”

In France and England, meanwhile, February 14 was said to be the beginning of birds’ mating season, which further tied romance to the date.


What is Valentine Day?

Valentine Day is the day when people show their affection for another person (or people!) by sending anonymous cards, flowers or chocolates with messages of love. The day has come to be associated with a generic platonic greeting of "Happy Valentine's Day".

The traditions of Valentine Day are broad and many. It is a time to exchange cards or small gifts. Chocolates and jewelry are the big hits of this holiday as is romantic dinners. 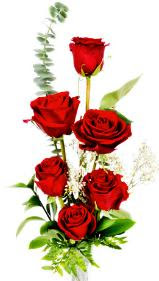 Valentine Day is a romantic event for lovers and a fun event for kids and family. Many a couple become engaged or wed on this day. For others it is a day to fall in love.

This multicultural festival is perhaps the only festival celebrated all over the world with the same spirit and gusto to express love to the special someone in your life. Don't let go this opportunity waste if you have been longing to utter the romantic words "I Love You" to someone.

But it's not just about sending messages to people you love - you can also express your love to whom you care!

The rise of Internet popularity at the turn of the millennium is creating new traditions. Millions of people use, every year, digital means of creating and sending Valentine Day greeting messages such as e-cards, love coupons or printable greeting cards.

You May Like to Check:
How to Improve Self Esteem
Positive Thinking Techniques
Music
Water Voice
Soothing Music

Disclaimer:
Purpose of this blog is to provide information. If unintentionally we have used any copyright content/image, we request you to inform us about the same via Comment or Contact form. Add link and details of the issue. We will take necessary action by deleting that content/image or giving full credit to your site for that subject. You can also message us if you have issue with template/design.